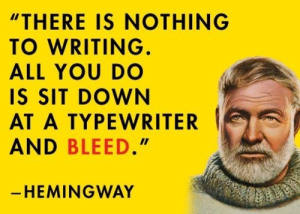 In the past week alone I’ve seen over a dozen articles talking about the dangers of writers responding to negative reviews.

I’m of the camp that writers should remember:
a) to never respond and
b) that there is no such thing as negative publicity so let it go

That being said, Patrick Rothfuss‘s side project came out last week–a short little novella about a secondary character from his Kingkiller Chronicles titled The Slow Regard of Silent Things. While many of us who follow his blog knew that this was not Book 3 in the series, some folks seem to have missed that memo.

One of Patrick’s fans decided to respond to the flood of negativity…with humor. And it’s one of the funniest responses I’ve ever seen. Absolutely love it.

I do not recommend that writers respond to reviews EVER, but since this was a fan who wrote it, I’m okay with this. 🙂