Taking Down a Wildebeest

This isn’t the first time I’ve written about how my cats are assholes. I love my cats, don’t get me wrong, but DiNozzo is a psychopath at times.

If we died in our home, he’d be the first kitty to pounce on our rotting corpses and eat them. Without guilt. And he’d lick his chops doing it. 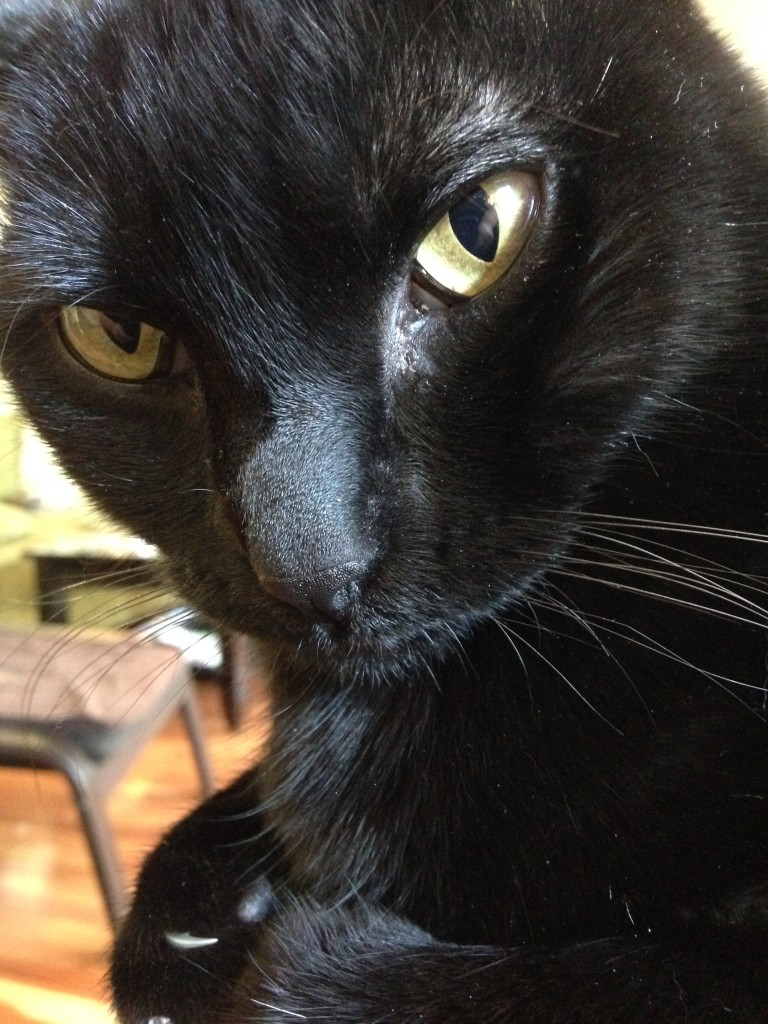 The kitties have several wrestle pillows which smell faintly of catnip. Malley was wrestling with one of them when DiNozzo approached.

See, no one can play with a toy when DiNozzo is present. They are all his toys for his enjoyment only–because he’s a jerk. So it was only natural that he swatted playfully at Malley to remind him of this fact. This is how the exchange went:

Malley: “Oh, hell no!”
Malley baps DiNozzo upside the head…HARD, then runs off like a coward.

DiNozzo circles prey (e.g. wrestle pillow). Attacks prey and rakes it. Then he stands up with prey dangling between his front legs and gives it a neck-snapping shake. Does this several times as if it’s in the midst of a death throw.

DiNozzo looks directly at Malley, drags the dying wildebeest closer to Malley. He gives it another strong shake and stares at Malley before walking away with his prize screaming, “Nee-ner-nee-ner-nee-ner! I killed your wildebeast and yooooou didn’t! Heheh. Heh.”

Then he plops down, licks his “dinner” twice before wandering off.

In other words, DiNozzo is an asshole who killed a “half-dead wildebeest” and lofted his triumph over Malley like a complete jerk. This isn’t the first time he’s done this either… 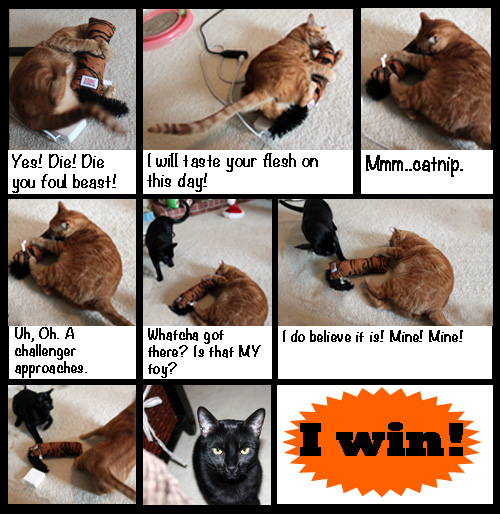 (P.S. It’s amazing that while he’s never killed anything larger than an insect, he instinctively knows how to do the neck-break shake like that. Dragging his kill between his legs, he looked like a freakin’ lion!)