For this week’s Flashforward Friday: Neurology and the new strides science has made.

Let that sink in for a moment.

As someone who has neurological issues, I wanted to cry when I read the article. The idea that we could replace damaged nerve cells and help folks with spinal cord injuries, Parkinson’s, and a possibly even fibromyalgia, gives me hope.

One of the best and worst parts of reading science fiction is dreaming of all the ways technology can fix our broken meat-sacks, yet knowing that I may never see those dreams realized in my lifetime.

My body is broken. Has been for a long, long time. A series of accidents (both car and being pushed down stairs as a kid) left me with damage, some of it permanent…unless developments like this continue. I’m not as broken as some, but on a bad day, I dream and hope for discoveries like this. Scientists still have to get the fake-neurons down to a size that can be implanted in a human, but this is an amazing step forward.

Think of all those in wheelchairs who could maybe walk again. Stretched even further, replacing damaged neurons could lead us to possible developments in Alzheimer’s, migraines, and cognitive delays such as down syndrome. In reverse, we could expand our brain’s capabilities–store more information, grab memories faster, etc. 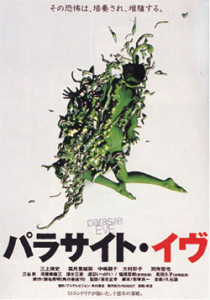 On the down side, making our brain more machine like could lead to some…frightening consequences. We don’t always make the best decisions when it comes to technology. Science fiction has long warned of computers hijacking or hacking people’s brains, our bodies attacking us after being implanted, injected, or modified in some way, or countless other horrors when biology and technology mix.

The creation of neurons is an advancement I’ve read about in many stories but never thought we would conquer. While we haven’t mastered this yet, it’s a giant leap in the world of neurology. I’m sure I’m missing a ton of ways this can be applied to various diseases and disorders, and that’s the beauty of the discovery. It opens a whole new set of doors for scientists.

Science Fiction writers are going to have to dream bigger now.