Analysis of Sex vs. Gender

Mondays are normally my Monday Night Gaming reviews, but for the month of November, those posts are going on hiatus. If you’ve read my post on NaNoWriMo (National Novel Writing Month), then you know that for me, every month is pretty much NaNoWriMo. I think most published or professional authors (be it traditionally or otherwise) write daily, but sometimes life does happen. 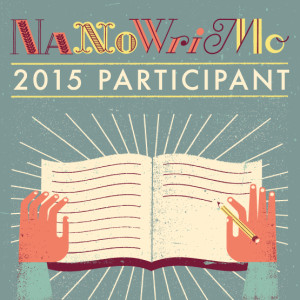 It’s been difficult with the broken wrist that needs surgery (which has been delayed with all the house stuff), a flooded condo that needed tons of repairs, and the move, so I’m jumping feet first into NaNoWriMo again to kick myself into gear. I’m way overdue with two novels, so I’m pushing for 90K in November and another 50K in December.

You’ll see a lot of NaNo posts from me as I push through this novel, and less about gaming because the novels are the priority.

It doesn’t mean I’m not gaming, just that I’m not writing about it until next month.

If you’re participating, feel free to shoot me a buddy request. My NaNo username is ravenoak.

Either way, I’m confident that by the end of 2015, I’ll be ready for 2016–which will hopefully bring less life chaos and more publications. 😀