Joy to the Reviews!

For this week’s Flashforward Friday: Adventures in Space

In the past few weeks, multiple scientific breakthroughs have occurred, resulting in some fascinating discoveries.

It’s suspected that scientists have discovered a parallel universe leaking into ours. This information is based on data received from the European Space Agency’s Planck telescope.

If that’s true, it could confirm the possibility of parallel universes and could change how we think of time and time travel. Time travel is theoretical at best. But imagine if parallel worlds exist. Are there other Raven’s running around making decisions different than my own?

As a writer, that opens up other avenues of exploration in writing as the things we once imagined as highly unlikely could lean towards the possible or probable. It makes certain stories more believable, too. 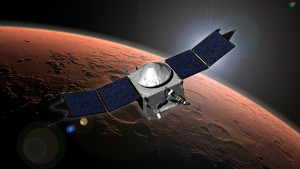 NASA’s MAVEN spacecraft recently sent back information that helped scientists understand more about Mars. It once had an ocean. It once had an atmosphere. In fact, it once had everything necessary to support life as we know it.

In stories like Red Mars by Kim Stanly Robinson to The Martian Chronicles by Ray Bradbury, writers have contemplated whether life could settle there or once lived there.

We may not be alone in the universe.

I never thought we were. Not because of religion, but because space is huge. The size of our universe alone is unimaginable. I don’t believe that with all that space, Earth is the only place that developed life. Statistically speaking, it’s highly unlikely.

On the flipside, life could have existed on Mars millions of years before humans evolved on Earth. It could be that we’re alone because developed life is too far out of sync with us. That is a sobering thought.

If life exists out there, what does it look like? How does it sound? Smell? Feel?

These are all questions that authors ponder as they write science fiction. But now when authors write about it, it’ll be a touch more believable.

(Image of NASA’s Maven is used under Public Domain)