Top 5 Songs to Write to, But Never to Drink to

2015 began with a bang as Amaskan’s Blood went out into the world, hit several Amazon Top 100 Bestseller lists, and brought my first book launch event. I had mighty plans for 2015–grandiose plans of writing, writing, and writing. A broken wrist, a regional book tour, and conventions gnawed at my writing time. A flooded condo, selling the condo, and looking for a home Eastside swallowed my time whole and without ketchup. So what else happened in 2015? What’s happening in 2016?

Other Things I Accomplished:

What I Learned from All of This:

I thought I’d end this with a picture. This name plate is from my first panel. Somehow, it ended up in the washing machine. Erik (my husband) felt horrible that it was all ragged and damaged, but I told him it was fine.

Like most of my life–the name plate was still functional, if not a little rumpled. That has been my 2015 Rumpled Review. Happy New Year Everyone! 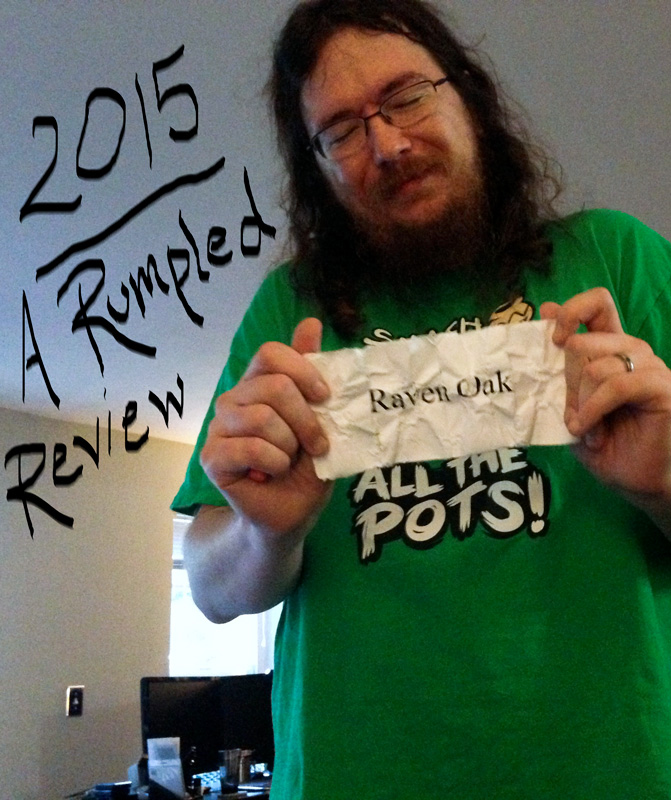