Since we have some friends we play with online (via Discord), we’re always looking for multiplayer games to play. My husband played (and greatly enjoyed) the first two games in the Diablo series, so it when it was mentioned as a possible game to play on Saturday nights, we hopped in, myself included. 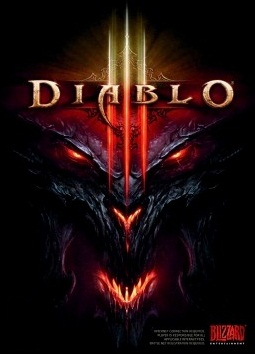 # of Expansions: 1, Reaper of Souls

While I’ve not played Diablo 1 or 2, I’ve watched my husband play them so I walked into Diablo III with some idea of what to expect gameplay wise, plot wise, and so on.

PLOT: As with most multiplayer Blizzard games, the plot line in Diablo III is predictable and a bit ham-fisted, but the plot is entertaining enough to be enjoyable in a multiplayer scenario. As a writer, I’m a bit pickier about my character and plot development so it’s not a plot line that would keep my interest in a solo run. I can see why many players click past most of it to get to Adventure Mode. That said, it’s a better plot arc than the latest Paper Mario game.

CHARACTERS: The whole “she’s a girl so therefore she must be evil” trope is getting pretty old, game designers. Find a new shtick.

LORE: One of my biggest complaints about some of the newer games coming out (cough, cough, I’m looking at you, Destiny), is either a lack of lore or sticking the lore off on a wiki somewhere, expecting players to stop playing in order to go read it. You can go overboard with the world building and lore, but I feel like Diablo III gets it correct here. Lore is scattered throughout the game via books and scrolls (and plot). You can choose to listen to them as you play or skip them if lore isn’t your thing. The lore inserted into the game is relevant and often funny. It added depth to the plot without overloading the player.

GAME PLAY: I haven’t played it solo (with the support characters), but instead have played it 100% multiplayer–keep that in mind in regards to my review. The keyboard controls are nice and simple, relying on a mouse and a few keys to fight your way through the game. The game consists of cut-scenes and dialogue in-between a lot of dungeon crawling and creature/boss fighting, as is typical for hack and slash action RPG games. There are several levels of difficulty, so no matter what level of gamer you are, you’ll probably find a difficulty to your liking. The graphics are clean and like most Diablo games, the music is well composed and fitting to what’s happening in the plot or scene. Very dynamic.

What I like about the game is how fun it is to fight enemies and bosses in hopes of getting good loot and equipment. I also really like crafting items via the blacksmith or gem guy. The user interface system is very intuitive and the leveling system feels natural. Organic.

What I don’t like is how much Blizzard neutered the game after its initial release. People were selling items for real world money and other such shenanigans, and as a result, Blizzard removed players’ abilities to trade gemstones at all or certain items after a time limit. Even worse, rather than just remove the options, some of the play options were “disabled” rather than removed, making it appear as if one might be able to do things they can’t. It gives false hope to a new player (I know it did to me!).

While I understand why Blizzard felt the need to remove some of the game mechanics to ensure that people weren’t doing unethical things with their game, but sheesh. The way it was handled wasn’t the smoothest or best way to go about it. There’s a bit of sloppiness all the way around in this game beyond these edits. They decided post-game to add in a new character in the Reaper of Souls expansion. When folks loved the fortune teller character, they decided to make her accessible earlier in the game. Problem is, they didn’t do anything to smooth over the plot, so when the player gets to Act V, this character we’ve been getting to know through acts I-IV suddenly doesn’t know us. She acts like we’re strangers and the plot doesn’t make sense.

There’s also the issue with the multiplayer cap. Four players in a group That’s it. If you wanted to game in a larger party, tough shit. This was a big problem for our group since there are six of us. We had to split into two groups of three, which only marginally works.

Overall Rating/Impression: My least favorite of the Diablo series. If you can get it on sale, it’s worth the play, but be aware of the bugs. 6/10