What It Means to be Fandom 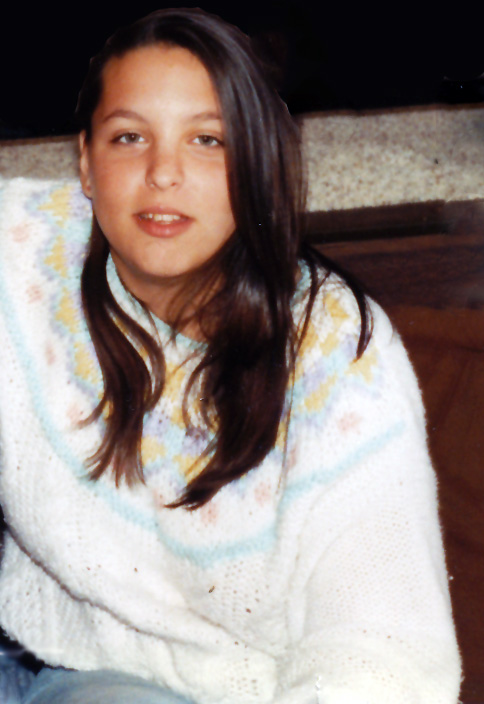 I was “old enough to drive,” which humorously enough was the slogan for ArmadilloCon 16 that year. I’ve written about my experiences at my first convention before, but it wasn’t until yesterday that I took a good look back at the past 23 years of my life in fandom. (Completely fitting for a Flashback Friday!)

See, fandom has this history and sadly, this reputation that isn’t always a positive one. With the rise of tabletop games, shows like Game of Thrones, and the exponential growth of conventions like San Diego Comicon, DragonCon, and PAX, some aspects of “geek” have become cool, while others remain on the fringes of society, not quite acceptable and certainly not “literary.”

Rarely does a science fiction or fantasy film/movie win an Oscar. Rarely does a work of genre fiction (especially speculative fiction) win a prestigious literary award, and you almost never see a speculative fiction writer become a poet laureate. Memoirs and literary fiction and maybe historical fiction on a lucky Sunday, yes, but science fiction and fantasy are for “weirdos.” For those “folks that dress up funny. What’s it called? Cosplay?”

Speculative fiction is the red-headed step-child no one wants…even within the writing community. I’ve lost count of the number of writing conferences I’ve attended where fewer than 10% of the writers, agents, and editors attending represented my genres and it showed in their attitudes towards the genre and its authors.

“Oh, isn’t that like space aliens and humans having monkey love or something? Way too smart for me.”

Yes, that’s a real conversation that took place between myself and a top 1% bestselling romance writer who was the guest-of-honor at a writing conference.

The dismissive attitude or outright derision I’ve encountered is downright insulting, if not hurtful. Many who feel outside of fandom, feel we’re a clique. That we’re exclusive and snooty. The complete opposite of what I’ve found fandom to be. I realize that everyone has different experiences, but the idea of fandom being exclusionary is a foreign one for me as it’s been the only group that has ever accepted me for who I am.

Society sees us as an obsessive group of mentally ill freaks. Even fellow authors have been known to look down on us. They often see us as writers not good enough to write anything with any merit or meaning. Never mind the fact that many works such as George Orwell’s 1984 and Ray Bradbury’s Fahrenheit 451 have not only made us question the fabric of society but have forever changed the way we see ourselves. So much civil disobedience and revolutionary change is documented in fiction, both as reflections and as warnings. Speculative fiction asks the what if? It pushes our technological advances, our culture, and our selves.

Sure—fandom has its oddities, but inside that mix of Whovians, Browncoats, Trekkies, and Jedi is a family—one that is unparalleled (at least to me).

I found something back at that first con, back on October 7, 1994, something that never left me and has only grown in the 23 years since. I found a family. 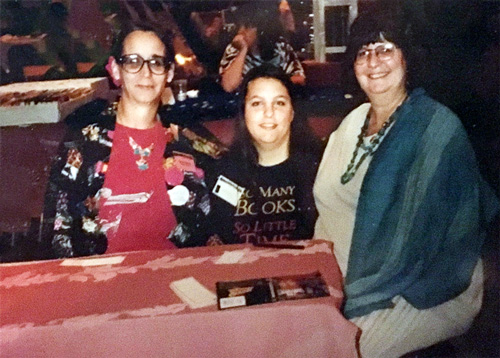 That first convention, I was only 16, yet I knew I wanted to be a speculative fiction author. As I wandered around the halls of the Red Lion Hotel, I met people like Elizabeth Moon, who was Guest-of-Honor, and Ellen Datlow and Margaret Ball. These were names on my bookshelves, and here I was talking to them about writing. Attending authors encouraged me, helped point out some of the panels I might be interested in, and loaned me pencils when mine were worn down to mere nubs. I was a new writer and a new member of the tribe.

When my husband and I moved to Washington State, I had no idea what kind of world as waiting for me, or that my family would grow so, so much.

For most of my childhood, people looked at me as if they were “better than,” as Badger (Firefly) put it. I was a geek, a nerd, a nobody. My loves and fandoms were frowned upon by the general population (especially by many of my classmates). As a public school teacher in Texas, I still was lesser than in the eyes of my coworkers, bosses, parents, and sometimes students. I was that “weirdo teacher” who knew more than I should about computers (after all, I am a girl so I’m supposed to teach kindergarteners how to count rather than middle schoolers how to code). I was the “chic with all the t-shirts” saying things they couldn’t and didn’t understand. I didn’t fit in, not even as an adult.

But in Seattle, like ArmadilloCon, I found my people. I could mention Doctor Who and it was rare that someone didn’t know what I was talking about. No more, “Doctor Who?” (at least the kind said without irony). Imagine my surprise when I attended Norwescon for the first time and found an entire community of people just like me.

And it wasn’t just Norwescon. 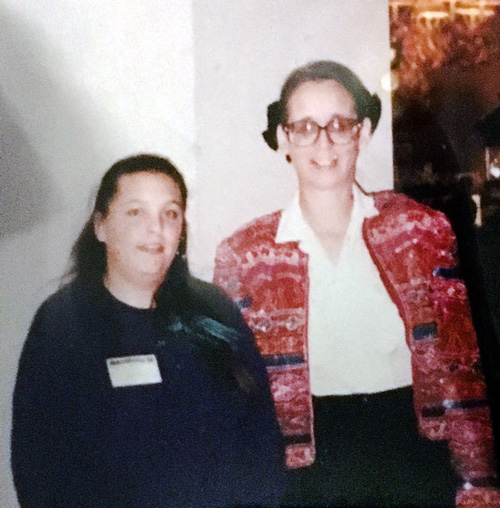 Anglicon, Emerald City Comicon, GeekGirlCon, Crypticon…no matter where I went, the fandom community embraced me and welcomed me. Names on a bookshelf became people I knew, people who were my friends. If you’d told me 23 years ago at that first convention who one of my critique partners would be, I would’ve peed my pants (well, maybe not because she wasn’t published yet, but you get my drift). It was surreal to find myself a member of this community that works hard to be inclusive and celebrates its diversity.

The opportunities and connections in my career have happened because I’m part of fandom family that cares about acknowledging each others’ successes and spreads the word. These are people who when one of us gets sick and needs help, fandom steps up and help happens—because that’s what we do.

Does fandom have cliques–absolutely. We’re human too, and sometimes, our bad days overflow into the public. It happens in any community. But at the end of the day, we’re family in every sense of the word, and I’ve never been prouder to be a part of it.