I spent 3.5 years as a music composition/theory major in college, but my love of music predates that by a good fifteen years. When I was fairly young, I figured out I could play by ear (before this, I made up songs in my head all the time, but this was the first time I had self-awareness about being musically gifted). I heard Für Elise  on a McDonalds TV commercial. The next time I was at a piano (which happened to be in the mall of all places), I sat down and played it. I made a few mistakes, but I played it well enough to attract attention. Music has just been like that for me. I learned to play clarinet in a week in 7th grade–I was jumped from beginning band to the top band after a few weeks. I learned flute just as quickly. So knowing this, why’d I drop out of music school?

I didn’t like the necessity that came with the degree. The school believed everyone should write jazz and be the next Norah Jones, or they wanted opera. They wanted musicians to be the next Bach or the next Mozart, not the next Jim Brickman or Loreena McKennitt. I said, “Screw it,” and left. But not before making my first album of original compositions entitled Walls, Boxes, & Jars (contemporary classical piano) on an antique, distressed piano.

You can see from the artwork below how I felt about being pigeon-holed. 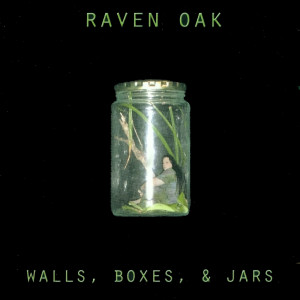 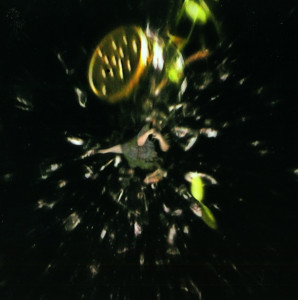 my focus in my life, but I can’t ignore the influence music has on me. I write better with music playing in the background. If I go too long without music, I don’t feel…right. Maybe eventually I’ll release the 1/2 way finished second album.

Until then, if you’d like to listen to/purchase Walls, Boxes, & Jars, you can do so on iTunes, Amazon, and just about everywhere else that sells mp3s. It’s even up on Spotify & Pandora. 🙂

Some reviews of the CD:

The Denton Record Chronicle called it “superb” and “emotional piano that gushes from the CD.”

Score! Music Magazine said: “Perfectly stunning musical compositions that, though they lack vocals, do not lack in emotional impact; it’s as though one can venture inside Raven’s being through her beautiful piano work. Think Tori Amos unplugged and without lyrics.”

Splendid Magazine said, “…Oak transcends the damning excesses of the Lilith Fair ghetto…if it’s the job of a musician to tell stories through her instruments, Raven Oak does her job exceedingly well.”